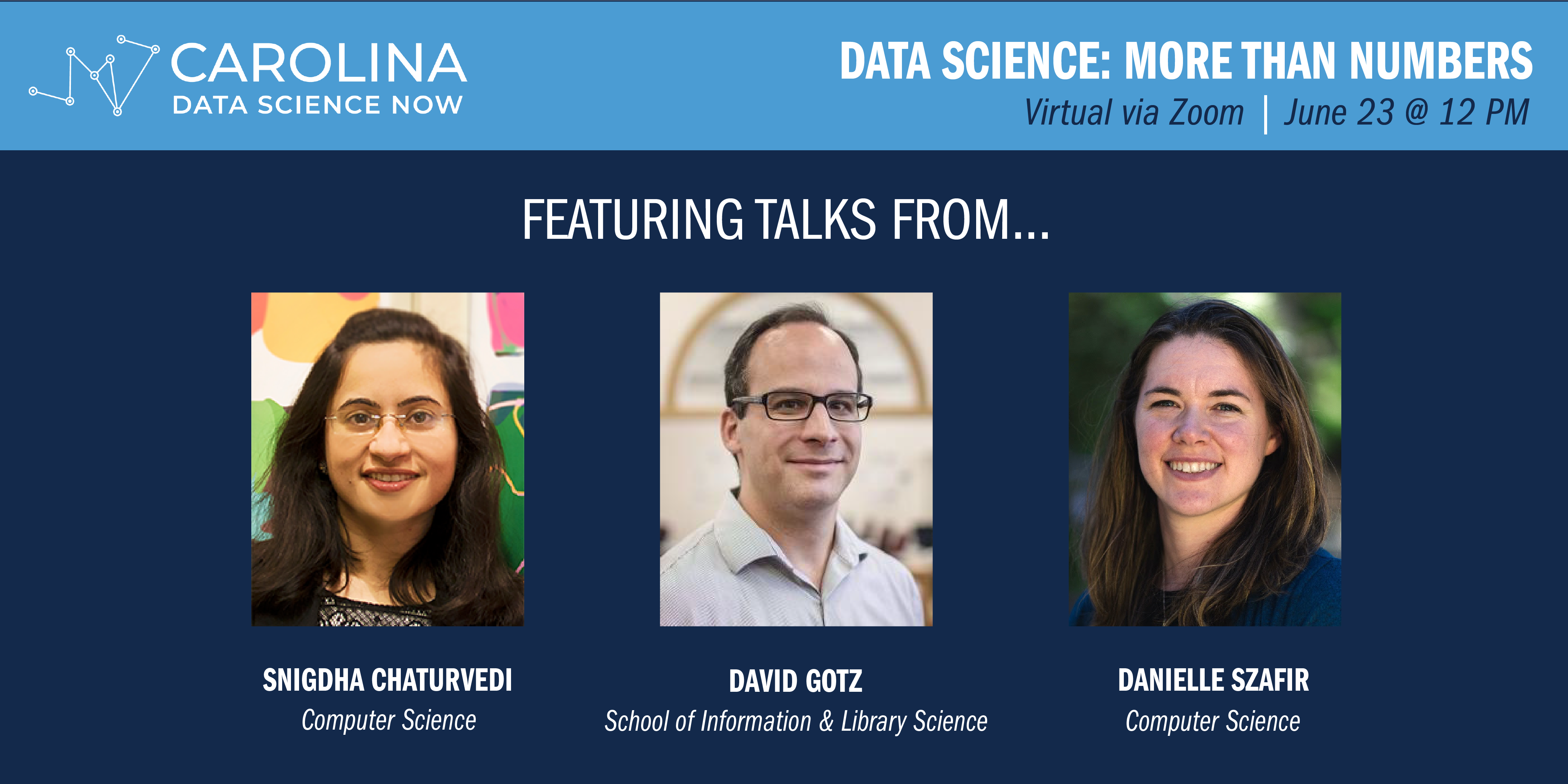 We invite you to join us for our next Carolina Data Science Now seminar on June 23 at 12 PM ET. This month's theme is "Data Science: More Than Numbers."

The event will feature three lightning talks by professors and researchers in UNC-Chapel Hill’s academic community, centered around how data science is used as a foundational anchor in computer science and statistics projects. These talks will be followed by a guided panel, an opportunity for questions and answers with the speakers, and a discussion with the data science community at UNC-Chapel Hill.

We encourage you to save the date for the last seminar of our summer series, which will take place on July 28. For more information about this series, please contact Amanda Miller. 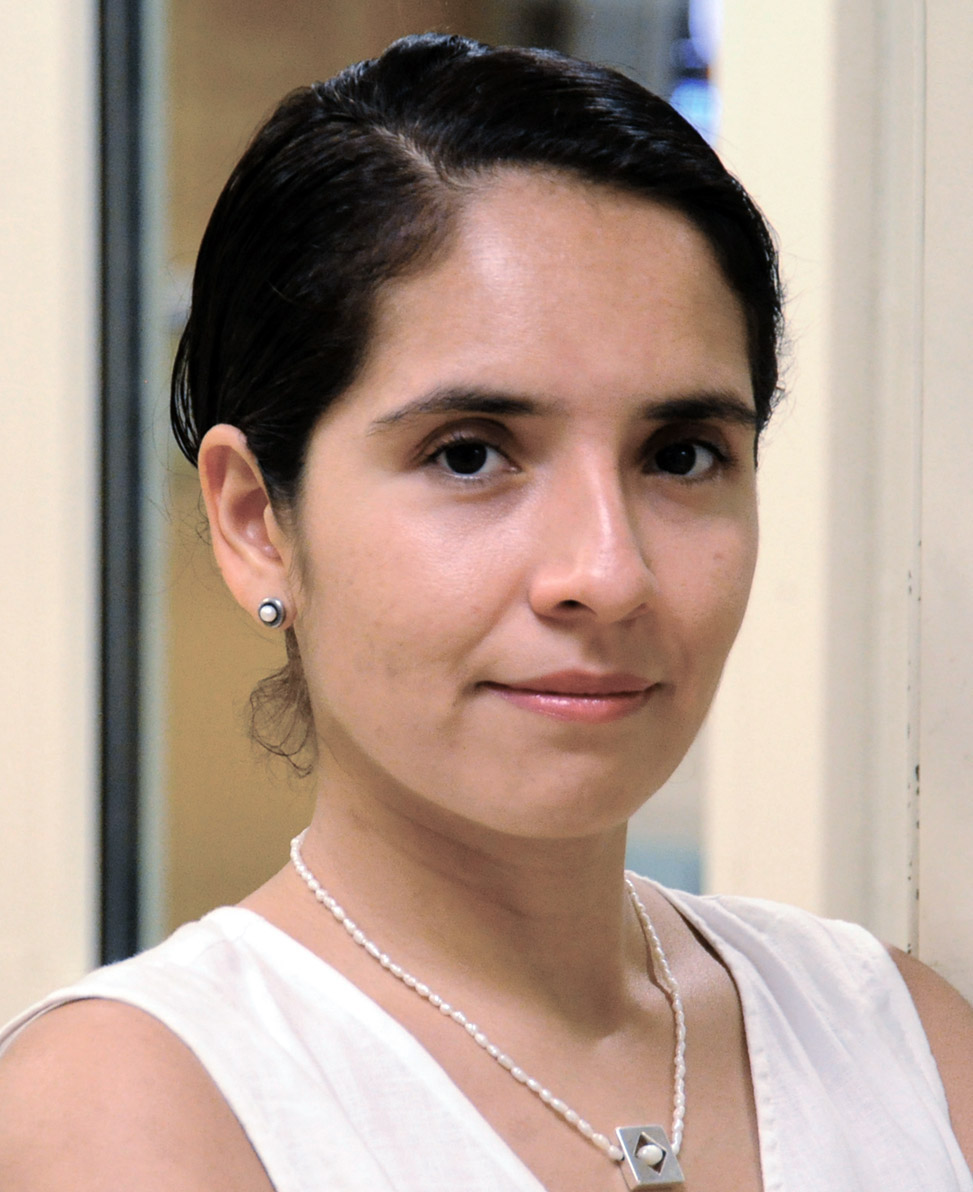 Mariana Olvera-Cravioto is an associate professor in the Department of Statistics and Operations Research at UNC. She does research in Applied Probability and specifically works on problems involving complex networks and heavy-tailed phenomena. Olvera-Cravioto’s current work is focused on the analysis of complex networks and processes that run on them. In particular, she is interested in scale-free random graphs such as those used to model the web and other social networks.

Our speakers for this month are as follows: 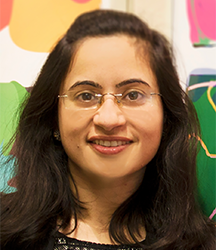 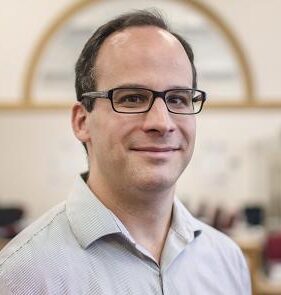 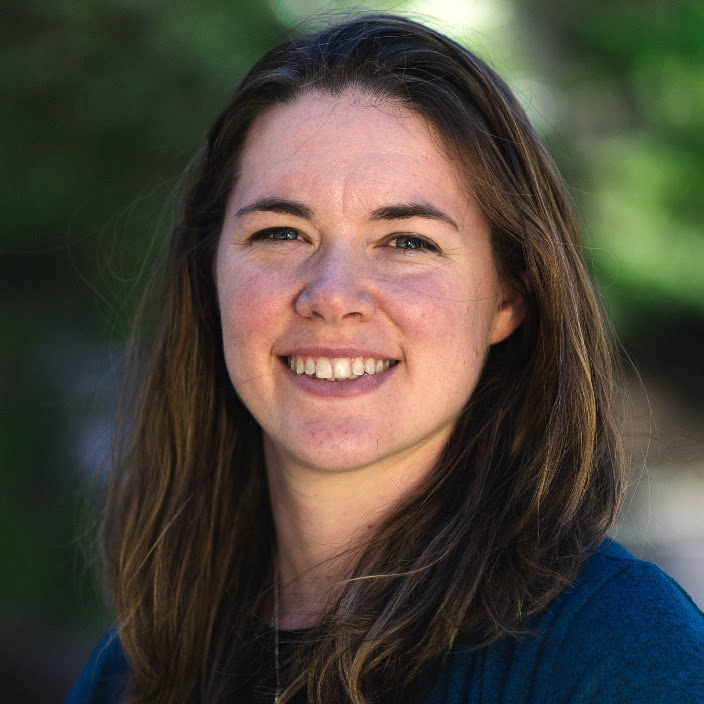 You can also sign up for our newsletter for more updates about Carolina Data Science Now and other data science opportunities.